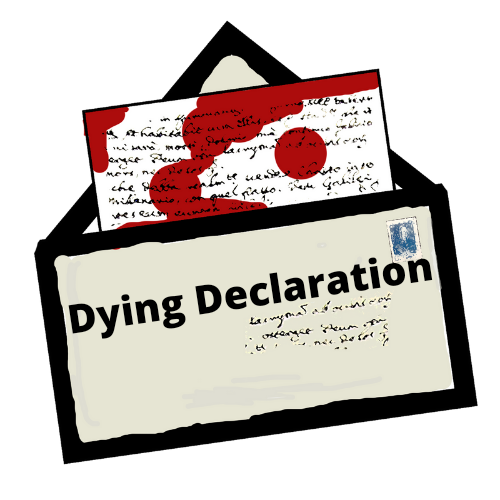 1 Comment on Dying DeclarationPosted in Indian Evidence Act By linearlawPosted on May 18, 2021May 29, 2021Tagged dying declaration, indian evidence act

The purpose of this article is to understand the principles of Leterm Mortem i.e the words said before death , which under Indian Law is Dying Declaration. This article throws light on the meaning of Dying Declaration it’s effect, essentials and principles, the difference in English and Indian law and the answer as to who and how the dying declaration is recorded.

Dying Declaration is an exception to the rule of Hearsay evidence which prohibits the statement made other than in the present court proceedings which is relied on for the truth of its contents rather than for some other purpose and is not admissible in court of law. In an offence, there are always two parties namely the offender who commits the offence and the victim, if the victim gives a statement in the apprehension of his death stating the cause of death or the circumstances to his death it is said to be his dying declaration and is a relevant evidence in court of law.
Dying declaration is based on the principle of Nemo Moriturus Praesumitur Mentire which means a man will not meet his Maker with a lie in his mouth and no man at the point of his death is presumed to lie.

Dying declaration is dealt with in Section 32(1) of Indian Evidence Act 1872. Section 32 deals with the person who is dead or cannot be found and section 32(1) provides for the statement of a person who is dead.
Section 32
Statement, written or verbal, or relevant facts made by a person who is dead, or who cannot be found, or who has become incapable of giving evidence, or whose attendance cannot be procured without an amount of delay or expanse which, under the circumstances of the case appears to the Court unreasonable, are themselves relevant facts in the following cases:
(1) when it relates to cause of death. —When the statement is made by a person as to the cause of his death, or as to any of the circumstances of the transaction which resulted in his death, in cases in which the cause of that person’s death comes into question. Such statements are relevant whether the person who made them was or was not, at the time when they were made, under expectation of death, and whatever may be the nature of the proceeding in which the cause of his death comes into question.

The statement may be made before the cause of death has arisen, or before the deceased has any reason to anticipate being killed. The circumstances must be transactional which is, any general expression indicating death or suspicion of death. Statements made by deceased that he was proceeding to spot to meet any particular person or he ha been invited by such person and eventually he is being killed, each of them would be circumstances of transaction. As in Pakala Narayana Swami vs King Emperor 1939(privy council decision) it was held that the letter given to wife before going to such where he was killed was admitted as relevant evidence.
Test of Proximity– The Court observed in Sharad Birdhi Chand vs. State of Maharashtra 1984 that the test of proximity cannot be too literally construed and practically reduced to cut and dried formula of universal application so as to be confined in straight jacket. Where death is a logical culmination of continuous drama long in process and is, as it were, a finale of story, the statement regarding each step directly connected with end of drama would be admissible.

Difference in English and Indian law

We presume that a person who lies in his death bed will not lie as all his want and desires is going to end with his life. In England for a dying declaration to be admissible the declarant should have expectation of death, which is not in Indian law as per section 32 of Indian evidence Act the expectancy of death in minds of the declarant is not necessary.
In England it is not admissible unless it is case of Homicide or homicide of a person other declarant, whereas in India it is admissible in both civil and criminal case.

Where a person dies after lodging a F.I.R (First information report) stating about the danger that may cause his death it will be relevant evidence as circumstantial dying declaration. Since F.I.R is not confession, the police officer is not disqualified from recording and presenting the evidence of declaration. In Pancham Yadav Vs State of Uttar Pradesh 1993 it was held that statement made by injured person in F.I.R can be deemed as a Dying Declaration.

There is no particular form, procedure or method prescribed under Indian Evidence Act 1872. A dying declaration can be recorded orally, verbally, or even by conduct like sign language or nodding of head as held in Queen Empress vs Abdulla. The dying declaration can be recorded in any language, provided that there should be proof for his mental health to be the declaration relevant and admissible without and any corroboration.
” The law on issue can be summarized to the effect that law does not provide who can record a dying declaration, nor is there any prescribed from, format or procedure for the same” -Justice B S Chauhan and hence, any person record a dying declaration. Provided that ” The person who records a dying declaration must be satisfied that the maker is in fair state of mind and is capable of making such statement”- Justice B S Chauhan.
However a declaration recorded by doctor or a police officer holds more value that an ordinary citizen and similarly when recorded by a magistrate of any jurisdiction is considered more evidential than any other.
In the case of Ram Singh and ors. vs Government of NCT Delhi, 2004 commonly known as the nirbhaya case.
The first declaration was given by Nirbhaya (name and particulars withheld) before concerned doctor, on being admitted to Safdarjung Hospital.
The second declaration was made to Sub-divisional Magistrate and the third was given to a Metropolitan Magistrate in his judicial capacity which was by sign language. On the basis of all three declaration the conviction of the assailants was upheld.

There is neither a rule of law nor of prudence that a dying declaration cannot be acted upon without corroboration, however it was held in Munnu Raja vs State of Madhya Pradesh 1976 that if the court is satisfied that the declaration is true and voluntary it can become sole basis of conviction, even without corroboration. In case of multiple dying declaration made by the declarant contradicting each other cannot be the basis for conviction but if all the declarations are similar and do not contradict each other can be relevant.

One thought on “Dying Declaration” 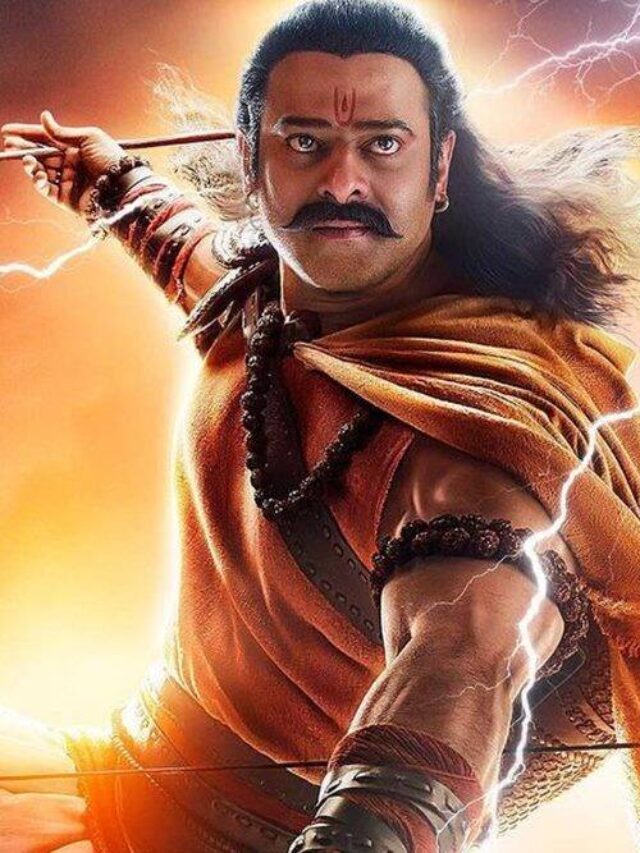 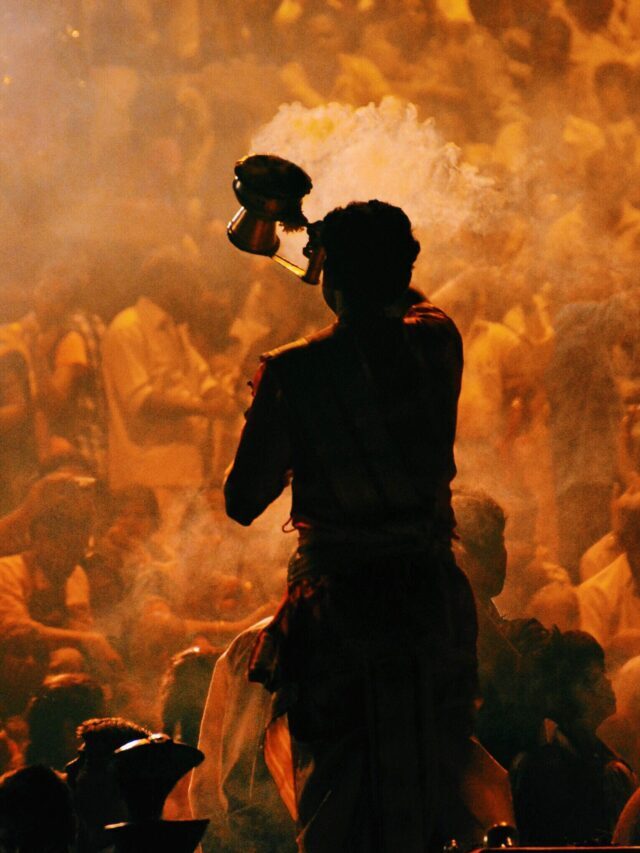 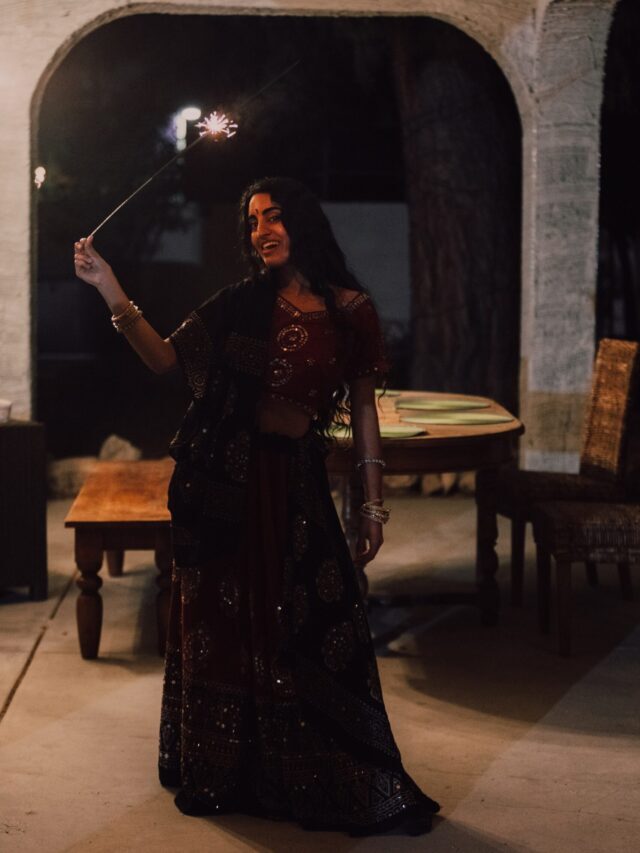 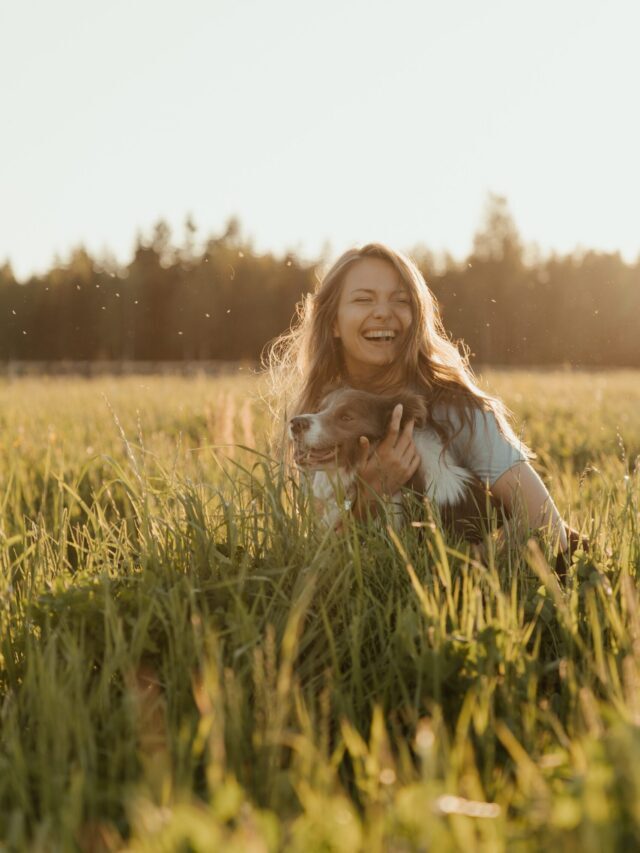 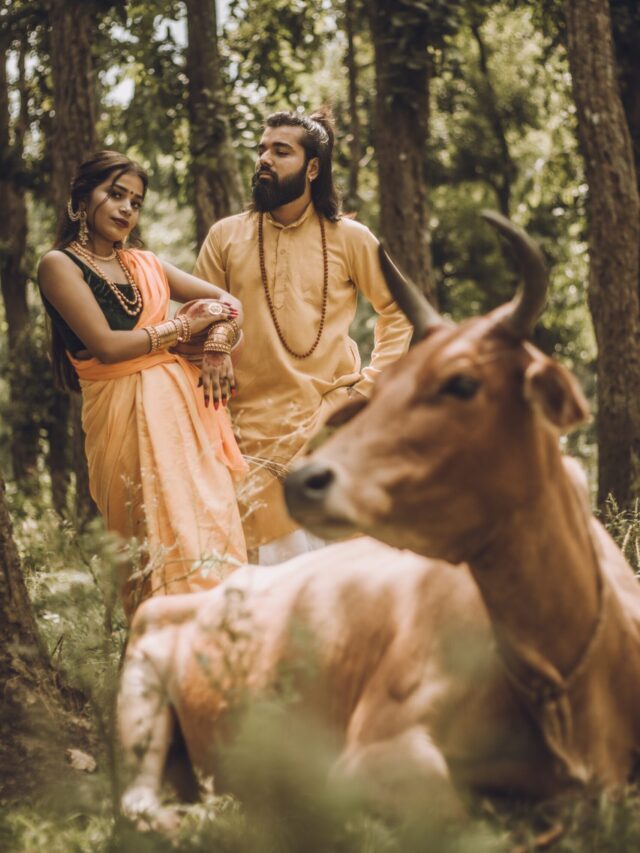 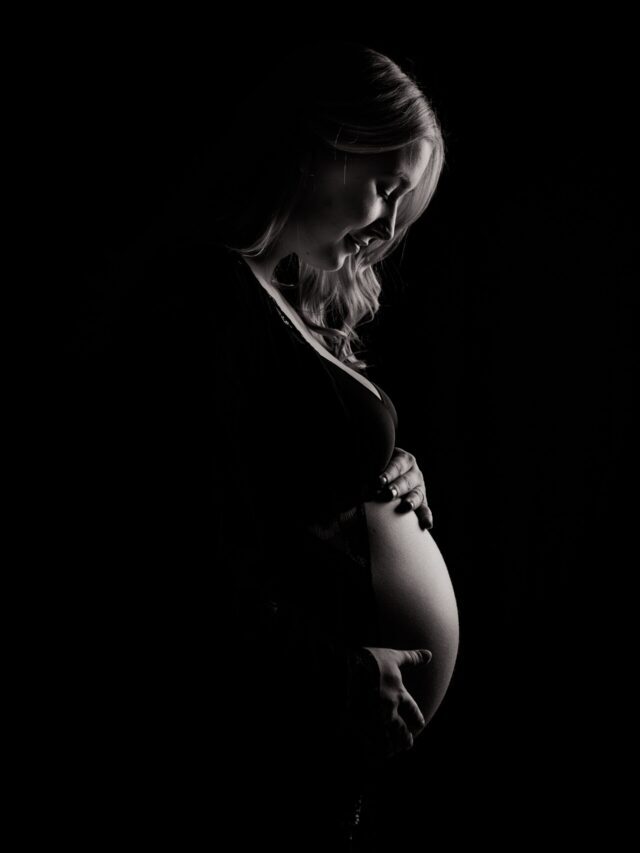 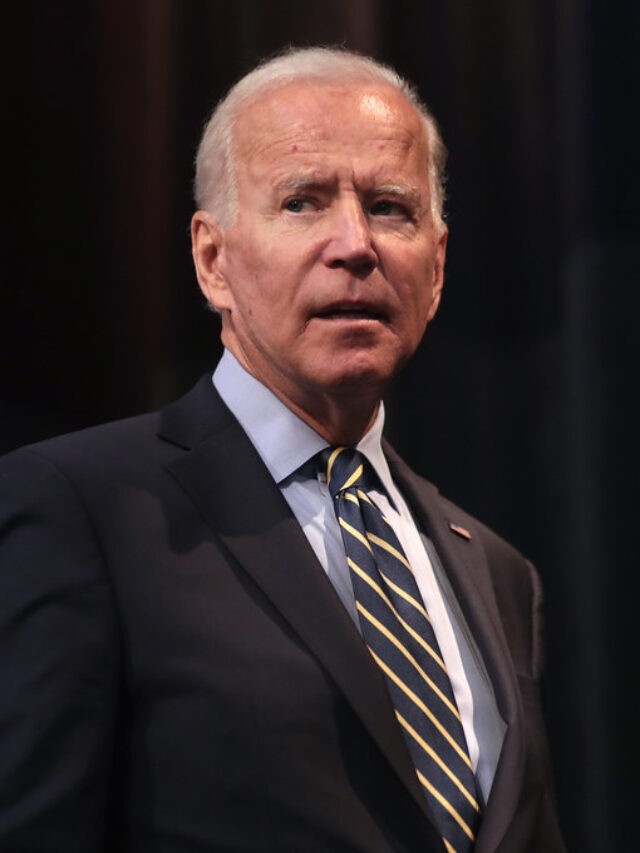